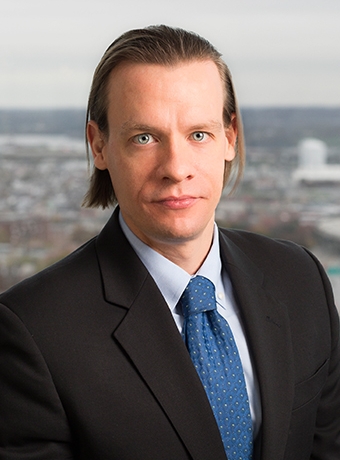 Daniel J. Zeller is a partner in the Firm’s Bankruptcy and Financial Restructuring Group. Mr. Zeller has been with the firm since completing a federal clerkship in October 2008. His practice involves all aspects of core bankruptcy matters under the Bankruptcy Code, as well as focuses on prosecuting and defending myriad complex bankruptcy and commercial-related litigation. Mr. Zeller has concentrated on various facets of insolvency law, including:

As part of the Bankruptcy and Financial Restructuring Group, Mr. Zeller has worked extensively on the bankruptcy case of TMST, Inc. (f/k/a Thornburg Mortgage, Inc.) with respect to:

Prior to joining Shapiro Sher, Mr. Zeller served as a judicial law clerk for the Honorable Robert A. Gordon and the Honorable Duncan W. Keir of the United States Bankruptcy Court for the District of Maryland. Mr. Zellers has also served as a law clerk intern for the United States Attorney's Office. During law school, he was employed as a data analyst for the Centers for Medicare and Medicaid Services in the U.S. Department of Health & Human Services, maintaining a direct role in regulatory enforcement policy and earning several awards for distinguished service.

October 08, 2020
Know Your Risks: Limiting or Eliminating Damages through In Limine Requests

For the latest issue of ​Trial Evidence, ​a publication of the ABA Litigation Section, Anastasia L. McCusker and Daniel J. Zeller write on the intersection of summary judgment motions and motions in limine.

July 30, 2019
"Can a Court Take Judicial Notice of Government Tweets?"

Anastasia L. McCusker and Daniel J. Zeller write for Practice Points, a publication of the ABA Section of Litigation.