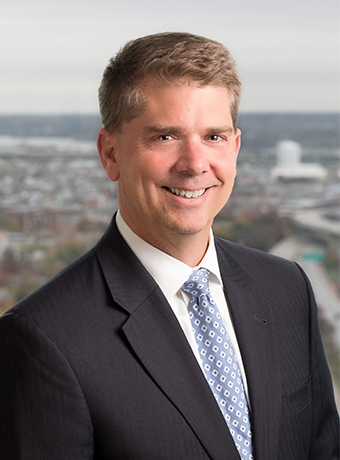 Eric R. Harlan has been a trial lawyer for businesses, large and small, for over two decades.  Having gained experience litigating alongside Paul Mark Sandler, one of the deans of the Maryland trial bar, Mr. Harlan regularly obtains impressive results for his commercial clients.  Eric brings his diverse and finely-honed trial skills to bear on banking, real estate, contract, employment and catastrophic tort matters, as well as high-stakes complex domestic litigation. Lawyers like Eric, who prepare with confidence for trial, put their clients in positions of strength, whether negotiating a settlement or presenting their cases to a jury.

Eric also writes on the law, having recently co-authored and edited the American Bar Association’s book on expert witness testimony, and is active in leadership of the ABA’s Litigation Section.  For the past nine years, Eric has been recognized for his business litigation practice by Maryland Super Lawyers, and was recognized in 2018 by Best Lawyers in America for Commercial Litigation and Family Law.

Shapiro Sher's Spring 2014 Employment Law Report focuses on the cyber threats faced by small and medium-sized businesses and the cybersecurity regulations that will impact them most.