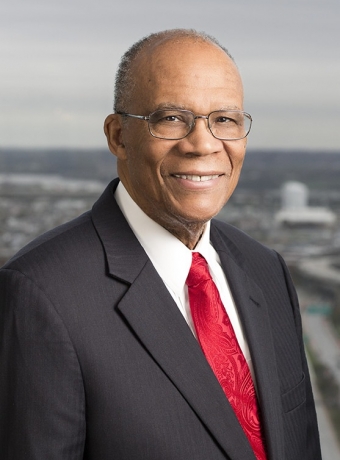 Mr. Gibson is the author of YOUNG THURGOOD: THE MAKING OF A SUPREME COURT JUSTICE (Prometheus Books, 2012). Hailed by historian Taylor Branch as "a triumph of discovery and restraint," the biography covers Thurgood Marshall's education and early legal career. Kirkus Reviews has described the book as "a well-researched and engaging biography and a fine addition to Marshall scholarship."

An experienced political organizer, Mr. Gibson was campaign manager for the Honorable Kurt L. Schmoke in his successful elections in 1987, 1991, and 1995 as Mayor of the City of Baltimore. He has run numerous other election campaigns, including the 1992 Clinton presidential campaign in Maryland. In recent years, he has advised the campaigns of African political leaders, including the President of Madagascar, Marc Ravalomanana, and Liberian President Ellen Johnson Sirleaf.

During the administration of President Jimmy Carter, Mr. Gibson was Associate Deputy Attorney General of the United States. In that capacity, he served as vice chairman of the National Security Council Working Group on Terrorism, which coordinated the counter-terrorism efforts of numerous federal agencies, and director of the National Economic Crimes Project at the U.S. Department of Justice. He planned and coordinated various matters relating to the activities of the Justice Department, including investigations, corrections, law enforcement assistance, and intergovernmental relations.

From 1973 to 1977, Mr. Gibson was on the faculty of the American Academy of Judicial Education. In the 1980s, he served as Reporter to the Maryland Court of Appeals Standing Committee on Rules of Practice and Procedure and played a major role in the reorganization of the Maryland Rules of Procedure. He also served for ten years on the committee of the National Board of Law Examiners that develops the Evidence section of the Multi-State Bar Examination. Since 1990, he has been a member of the American Law Institute, which drafts Restatements of the Law.

The newspaper inducted Mr. Gibson and 11 other civic and business leaders into its Hall of Fame.

Larry S. Gibson is quoted in the Maryland Daily Record about a Maryland Court of Appeals decision regarding zip-code errors on petitions.

Leadership in Law Award granted by The Daily Record in 2004