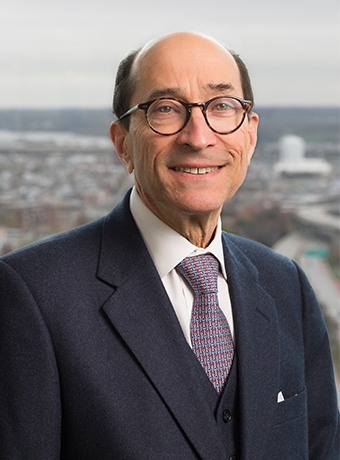 Paul Mark Sandler is a veteran trial lawyer, author, and educator. Over four decades, he established a national reputation for his representation of notable clients in trial and appellate courts, and for his many books on trial advocacy. He regularly speaks to bar associations on trial technique and is the founder of a national trial-training program for young lawyers.

Mr. Sandler is a Fellow of the American College of Trial Lawyers and the creator of the Litigation Institute for Trial Training, a regular educational program for young lawyers. In 2003, he was presented with a Leadership in Law Award by The Daily Record of Maryland.

Chambers USA, a preeminent guide to the U.S. legal industry, has released its 2020 rankings, naming five Shapiro Sher attorneys in its survey of Maryland lawyers.

An installment from Paul Mark Sandler's monthly column on trial advocacy for The Daily Record.

May 30, 2019
Paul Mark Sandler on Persuasion: Connecting with Your Listener

An installment from Paul Mark Sandler's monthly column on trial advocacy for The Daily Record:

​Paul Mark Sandler's play "The Trial of Al Capone" was performed at Stevenson University on May 18​.

January 22, 2019
Paul Mark Sandler on Emotion in the Courtroom

An installment from Paul Mark Sandler's monthly column on trial advocacy for The Daily Record.

For a few hours on Monday, the nine-member U.S. Supreme Court morphed into a three-member panel reenacting one of its earlier cases in the same Philadelphia courtroom where it was first argued in 1794.

Selected for inclusion in Best Lawyers in America® since 1991; named Best Lawyers Baltimore Lawyer of the Year in 2015 for the practice of Personal Injury Defense